And nowadays, there are so many ICOs out there that singling out one to invest in is harder by the day.

Unfortunately, most of them fail. Or even worse, they turn out to be a scam and a waste of time and money.

Research has shown that 80% of all ICOs are scams.

That might put a lot of people off from investing in ICOs. But you should also take into consideration the opposite. If you do happen to find the "perfect" ICO and strike gold - you could very well be making 10x your returns.

So, before you get carried away and invest your hard earnings in another run-of-the-mill and a hype-fuelled ICO, here are some of the many things you should keep in mind before actually investing.

Before you actually begin analyzing whether or not you should invest in an ICO, you should set aside some clear parameters and requirements.

What are you looking for? What industry? What are your values and requirements? How will the project you’re investing in help the said industry? Does it sound plausible?

These are just some of the many questions you should be asking yourself before you begin your search. And there is no right or wrong answer here as it depends entirely on you.

Familiarize yourself with as much information as you can regarding the project. For example, how they’re going to solve the issue at hand and if that makes sense to you.

If you’re really passionate about the specific industry, you think the specific ICO has the answers for it and everything else checks out - go for it.

Keep in mind though, the above is hardly analysis. Think of it as doing the bare minimum.

It’s just research after all and familiarizing yourself with the ICO. Only after you’ve done that can you move on to the next step.

These are the essentials for a reason. Though they might be common knowledge and be obvious to some, they still shouldn’t be underestimated.

Things like: the whitepaper, the background (who’s behind the ICO, their experience), the math and the analysis can make or break an ICO.

Take the white paper, for example, and start with the basics. Above all, it should make sense and be completely free of grammar mistakes. And the lengthier and the more detailed it is - the better.

Info on the development team, their background and experience, the math, are all important things to be detailed and factual. If this is not the case and the white paper looks like something out of google translate, then this should be raising some red flags.

Keep in mind, if it sounds unrealistic - it probably is. And if the ICO doesn’t even have a white paper, like BitConnect, then you should definitely stay away.

3.The ANN thread on BitcoinTalk

BitcoinTalk is the biggest forum dedicated to all things bitcoin and any ICO worth their salt should have an announcement thread there in the right section.

Though this sounds like common knowledge as well, there’s a lot you can find there.

Make sure to read the original post in detail, and then what people are saying about it, especially if there are some parts of the post you don’t understand.

More specifically, the reputation of the users is what’s important.

For example, the higher reputation a user who is repping the ICO has, the better. And the opposite applies as well, someone repping it with negative reputation doesn’t reflect the project well.

These threads are also a great way to check how responsive the development team is, how they treat and interact with the community (which can also be seen in the Telegram channel), and their overall attitude in the replies.

Though people are often attracted to hype and shiny things, the community is still a great way to gauge what the people behind the ICO are like.

Though there is no universal rule that says a specific stage is good, what they've done so far and a rough roadmap can reveal a lot about an ICO and their future plans.

A roadmap should be realistic and if an ICO doesn’t at least have an approximate plan of actions, it’s very likely to be a scam.

No roadmap, no code commits and empty Github directories are all common signs. You don’t even have to understand the code line-by-line just to check if it's a dead-end or not.

The most common red flags of a scam ICOs include having no roadmap, no code commits, and/or a white paper full of grammar mistakes or it being simply nonexistent.

And it goes without saying that investing in an ICO that is as close as possible to launching is safer. That leads us to the final point:

An actually working MVP (minimum viable product), before the ICO is always a plus. Often, what a lot of scammy ICOs do is include a web portal with no real functionality or a dead link instead of an MVP link.

MVPs are important because they further prove that a real team has been working on a real product that they intend to polish and release in the future. No plans and no mentions for an MVP is huge red flag that can be seen a mile away.

Having an MVP is great, and if they’re already making profit - even better, though this combination is still rather unusual.

If they don’t have an MVP though, preferably, they should be planning to release one some time either during the pre-token sale or shortly after the public token sale.

The roadmap is usually where you can find all the above information. And it goes without saying that the more detailed and planned out it is, the better.

A good roadmap should not only be a brief description of their future plans, but also show what they’ve done so far. This way you can always double check and keep track of how accurately they’ve been following it.

It’s important to note that this is by no means a definitive guide of spotting scammy ICOs.

At the end of the day, a project may have all of the above metrics covered and still turn out to be a scam. Though unusual, it still happens.

But also, on the other hand, there have also been ICOs that go against most of the above information, and still manage to succeed.

All this to say, there is no concrete information or a magical formula that will help you how great an ICO really is. A lot of it boils down to experience and very time-consuming analysis. As a rule of thumb, never invest any amount you're not willing to part with.

And if that sounds like too much work, keep in mind that it’s better to be safe than sorry. 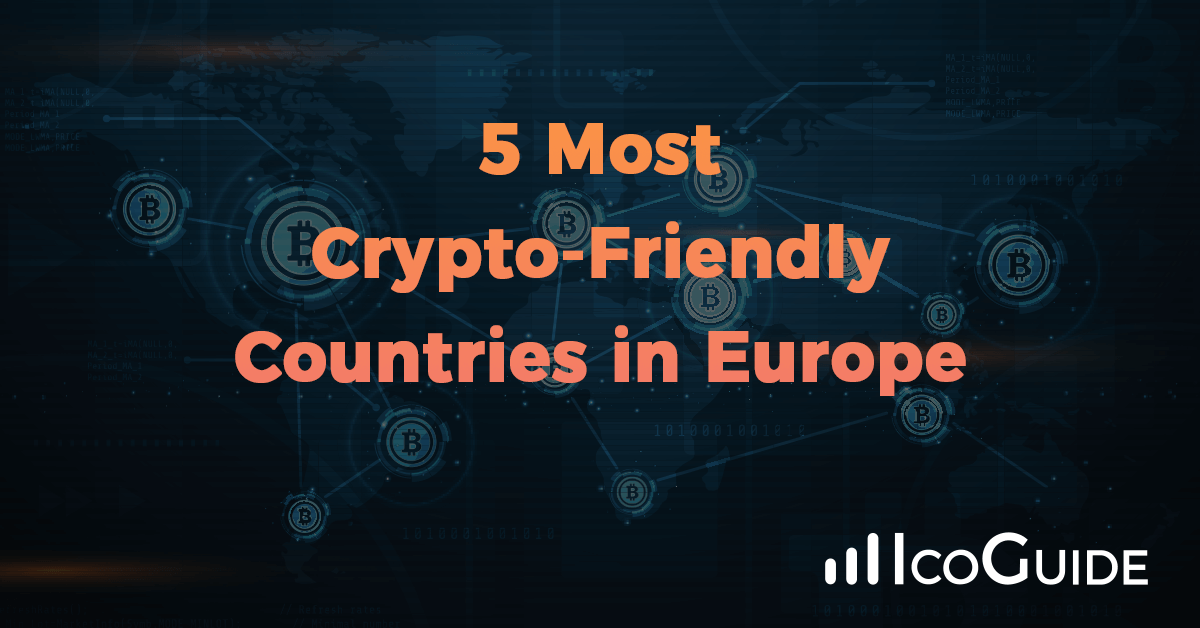 While some countries decide to install regulations and ban cryptocurrencies and ICOs altogether, others welcome them with open arms. 🔌 Despite the attempts to ban ICOs in Asia, for example, cryptocurrency is still very much growing fast and is a quickly developing industry in Europe.